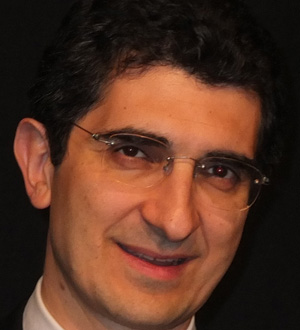 Giulio Giurato got the Piano degree in 1986 in Bologna with Valeria Cantoni. He improved his technique with Jorg Demus, Sergio Perticaroli, Boris Bekhterev, Giovanna Musiani and Antonio Ballista.
His career has been continuous since 1984, always intense and appreciated. He has been playing as soloist and in different ensembles in Egypt and Europe, and all over Italy since 1984; he successfully took part in many important musical events. Moreover, he was appreciated in many competitions, both as a soloist and in duo. His repertoire ranges from Bach to Shostakovich; he performed more than three hundred compositions, among which eighty concerts, sonatas and chamber music, quintets and trios. Some of his radio and television recordings were transmitted on air on RAI Radiotre Suite and TV2000 via satellite and digital cable. He performed with famous actors such as Giulio Bosetti, Riccardo Cucciolla, Roberto Herlitzka, Giancarlo Giannini, Paola Gassman and Ugo Pagliai. In 1995 he played with the "Accademia Bizantina" Chamber Orchestra in Luzern, at the famous International Festival; in 1998 he performed Giuliani's Third Guitar Concert with the guitarist Alirio Diaz, in the piano reduction of the orchestra by Anton Diabelli.  He has played with Jörg Demus since 1998, with whom he performed in several four-hands "Schubertiadi" where they got enthusiastic appreciations by audience and press: "...in the Schubert Fantasie in F minor, Demus and Giurato provided such an enchanting interpretation, with technical perfection, deep lyrism and touching sounds..." (Il Giornale di Vicenza). The partnership with Demus deeply weighed on his personal musicality and technique.
In 2000 he founded the "SchuberTrio" with Roberto and Andrea Noferini at the strings; they recorded the double CD "Franz Schubert - Complete Works for Piano-Trio" and the first and second volume of Marco Enrico Bossi complete chamber works by Tactus, very appreciated by musicians and audience. Jörg Demus wrote on his Marco Enrico Bossi’s second compact-disc of the complete chamber work: “Dear Giulio, I listened again to Bossi’s CD and I have to add something: your contribution is excellent! It’s evident in the pianistic “preludes” of the first compositions, where I can hear a musical personality that knows how to phrase and to declaim… You are the true soul of your interpretation”.
He performed with the successful Pratella Ensemble and with the appreciated pianistic duo with Paola Borganti, which has been uninterrupted since 1990 and recently recorded the Tactus CD with the complete four-hands works by Marco Enrico Bossi. His didactic work ranges from technical training to music divulgation through guided concerts for both students and teachers and meetings devoted to poetry and art. Giulio Giurato teaches Chamber Music in Parma’s State Music Conservatory.