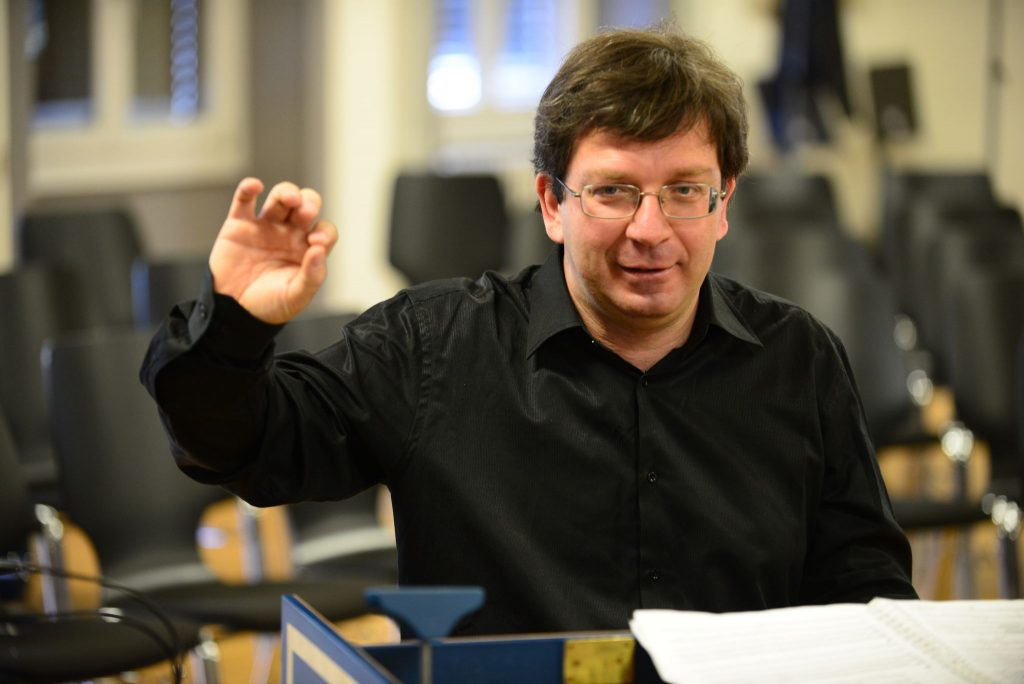 Riccardo Mascia graduated with honours in Piano and Harpsichord at the Conservatory of Genoa. He continued his piano studies at the Mozarteum in Salzburg. H thene specialised in the harpsichord with Christiane Jaccottet, under whose guidance he received the first prize of “Virtuosité” at the Conservatory of Geneva. His professional activities involve both early music and opera.

He started working as vocal coach in the International Vocal and Performing Arts Courses in Santa Margherita Ligure, where he improved his knowledge by working with singers such as Iris Adami Corradetti, Louis Alva, Gianni Raimondi and Giuseppe Taddei. Later he was coach at the Teatro Carlo Felice in Genoa from 1992 to 1997, and from 1999 to 2001 at the Grand Théâtre in Geneva. He was assistant to Alberto Zedda for the Mozart Festival in La Coruña (Spain) and the Fondation Royaumont in Paris.
He currently collaborates regularly with the theatres of Pisa, Lucca, Modena, Parma, the “Settimane Musicali” at the Teatro Olimpico (Vicenza) and other Italian opera houses. He is often in demand due to his expertise in preparing recitatives and realising continuo. Critics have often highlighted rich inventiveness in supporting the stage.
Since 1998 he has been vocal coach and continuo player at the Opéra de Chambre in Geneva, where he has contributed to the discovery and recording of many eighteen-century Italian comic operas.
At the Theatre of Pisa, since 2003 he has been responsible for the training of young coaches for the Opera Studio.

He gives concerts as a soloist and member of ancient music groups. He has collaborated as a continuo player, among others, with the Centre de Musique Ancienne in Geneva, Orchestre de la Suisse Romande, Orchestra Regionale Toscana.

He graduated in Italian Literature at the University of Genoa, with a thesis on the theatrical mechanisms of Rossini’s librettos, and for years held the cycle of courses, hosted at the Society of Italian Culture in Geneva, A language for music on  the history and structure of the Italian opera libretto, through courses on the study of the Italian language and metrics for singers and continuo players. He has taught for courses and concert-lessons for the University of Pisa, Genoa, Verona, the University of Costa Rica, Verbier Festival Academy, and the Conservatory of Lausanne, where he is regularly invited for master classes.
From 1997 to 2010 he was coach at the Conservatory of Vicenza, where he was the director of the course for opera coaches and professor of Basso Continuo. Since 2011 he has taught at the Conservatory of Parma.