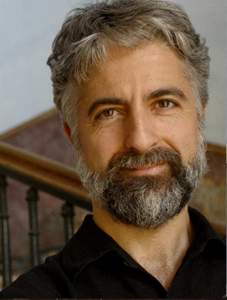 He studied Piano with Vincenzo Vitale, Aldo Ciccolini, and Eric Larsen, and Composition with Franco Donatoni, at the “Accademia Nazionale di Santa Cecilia” in Rome.

He studied also Fortepiano with Melvyn Tan and Paul Badura-Skoda and played fortepianos and historical pianos including, among the others, Walter, Stein, Graf, Schantz, Bradwood, Pleyel, Érard, Streicher, Bechstein, Bösendorfer, Steinway & Sons. At the same time he deepened his knowledge of autographs, first editions and performance practice  of the Classic and Romantic repertoire, with a special emphasis on  Chopin.

Andrea Padova records for the labels Stradivarius and Ewe. His recording of Bach’s Fantasias was considered by the magazine “CD Classics” as one of the best piano CDs of 1997, together with Schiff and Perahia.

In 2005 his cd dedicated to Ferruccio Busoni received acknowledgements, between the others, by the authoritative review “Gramophone” that compared him to Arthur Rubinstein for the quality of his sound.

In 2008 he made his debut at Teatro alla Scala in Milan and in the same year the authoritative music magazine “Insound” named him “Best Italian Pianist”.

In 2009 was released his cd dedicated to rare works and masterpieces by Robert Schumann, for which the critic recognized to Andrea Padova an “unsurpassed mastery” (MF).  About his interpretation of the Sonata opus 11, the prestigious magazine “Fanfare” wrote “Padova takes a back seat to no one in this tempestuous reading”.

In 2010, alternating short pieces by Bach and his own compositions, it conceived and performed the cycle "Preludes & Interludes", for which the Examiner wrote: “Padova’s inventive voice is decidedly his own. Pleasantly intriguing”.
In 2011, in the frame of MusMA, Music Masters on Air, a cooperation between 10 major European Festivals and radio stations, Andrea Padova was commissioned for a new composition that has been performed at the Bruxelles, Granada, Estoril, Ankara and Emilia-Romagna Festivals and broadcasted by the the Radios of the  “European Broadcasting Union”. The New York Times enthusiastically reviewed his recent compositions.

His long-awaited cd with Bach’s Goldberg Variations, recorded during his recent tour in Japan, received enthusiastic approval: “beautiful tonality and emotionally sensitive playing… ornamentation is unfussy, elegant, and natural sounding… superb poise of the interpretation”(Fanfare). About his live performance of this masterpiece, the Washington Post wrote that he "conveys the sense of successfully exceeding the limits of human possibility."