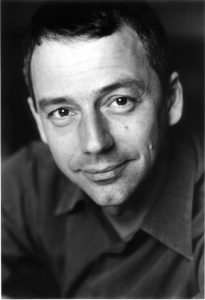 rland Yves Savary received his first cello lessons with Michael Jappe. 1979 found him studying at the Musik-Akademie in Basel under Heinrich Schiff. Having received his soloist diploma, he continued his studies with André Navarra in Vienna, with Franco Rossi in Italy and in the United States with Zara Nelsova and Lynn Harrell.

While in Banff, Canada he prematurely broke off his studies at the School of Fine Arts, to take up at the age of 22 the position of first principal cellist at the Bavarian State Opera, Munich at that time under direction of Prof.Wolfgang Sawallisch, later on Zubin Mehta and today Kent Nagano. With all three of them he has appeared as soloist partner.

In addition the chamber musician Yves Savary performes in the Musikverein of Vienna, the Salzburg Festival, Casals Festival of Puerto Rico, Menuhin Festival in Gstaad – Switzerland, Berlin, London, United States, Japan among others.

In the recent past he has started pedagogic work giving masterclasses in South Corea, at the Academy for new music in Bolzano, Italy and teaching chamber music at the ‘Conservatorio Arturo Toscanini’ in Parma, Italy.