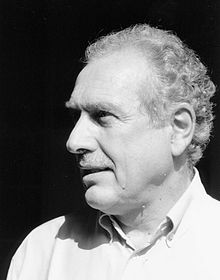 Franco Fabbri, a musicologist and a musician, is one of the pioneers in popular music studies. He was amongst the founding members of IASPM (International Association for the Study of Popular Music), served as IASPM’s Chair twice, was a member of the association’s Executive Committee several times, was involved in the organization of five international conferences (Reggio Emilia 1983, Montreal 1985, Accra 1987, Roma 2005, Mexico City 2007), and was a founding member and Chair of IASPM’s Italian branch.
He studied with Philip Tagg at Göteborg University, and developed from the early 1980s a theory of musical genres (and music categorization processes), which became one of the methodological foundations of popular music studies, often referenced to in Anglophone countries, in Spain, in Latin America, and, of course, Italy. For these studies he was awarded a PhD by publications by Huddersfield University, UK, in 2012. Other contributions to popular music studies include essays on song form, mobile and “inattentive” listening in today’s soundscapes, relations between musicology and cognitive sciences, popular music history. The main aim of his research and teaching is to place popular music studies within a unified field of musicological studies: to this respect, he benefited from the friendship and collaboration with Philip Tagg, Umberto Fiori, Luigi Pestalozza, and Luigi Nono.
He has lectured and taught intensively in Italy, as well as in other countries, especially in the UK and Spain. He has collaborated with the research network Sound in Media Culture, financed by the Deutsche Forschungsgemeinschaft (DFG). After teaching for a decade as a freelance lecturer at the universities of Trento, Bologna, Turin, Milan, Genoa, on popular music aesthetics, history, and economy, he was hired in 2008 by the University of Turin, where he has given courses on Popular Music, Hermeneutics of Media Music, History of Contemporary Music, Cultures and Techniques of Sound and Music. He also continues lecturing at the University of Milan (Music Economy), and at the Conservatory of Parma (Popular Music History and History of Musical Forms and Repertoires). In 2014 he was awarded the qualification for ‘professore di prima fascia’ (full professor). He is a member of the editorial board of Musica/Realtà, and of advisory editorial boards of Popular Music and Radical Musicology. He is co-editor, with Goffredo Plastino, of the series Routledge Global Popular Music. Full bibliographical information can be found on  https://universitaditorino.academia.edu/FrancoFabbri
He has also worked as a presenter at RAI’s Radio Tre. As a musician, he was a member of Stormy Six (from 1966 to 2012), participating in eight studio albums (one of which was awarded in 1980 the German Critics’ Prize for best rock album of the year) and two live albums, and various compilations. He also published two solo albums of electronic music (Domestic Flights and Luci) and collaborated with several musicians, such as Chris Cutler, Heiner Goebbels, Alfred Harth, Luciano Margorani, Cesare Picco, Vladimir Denissenkov, Errico Pavese.